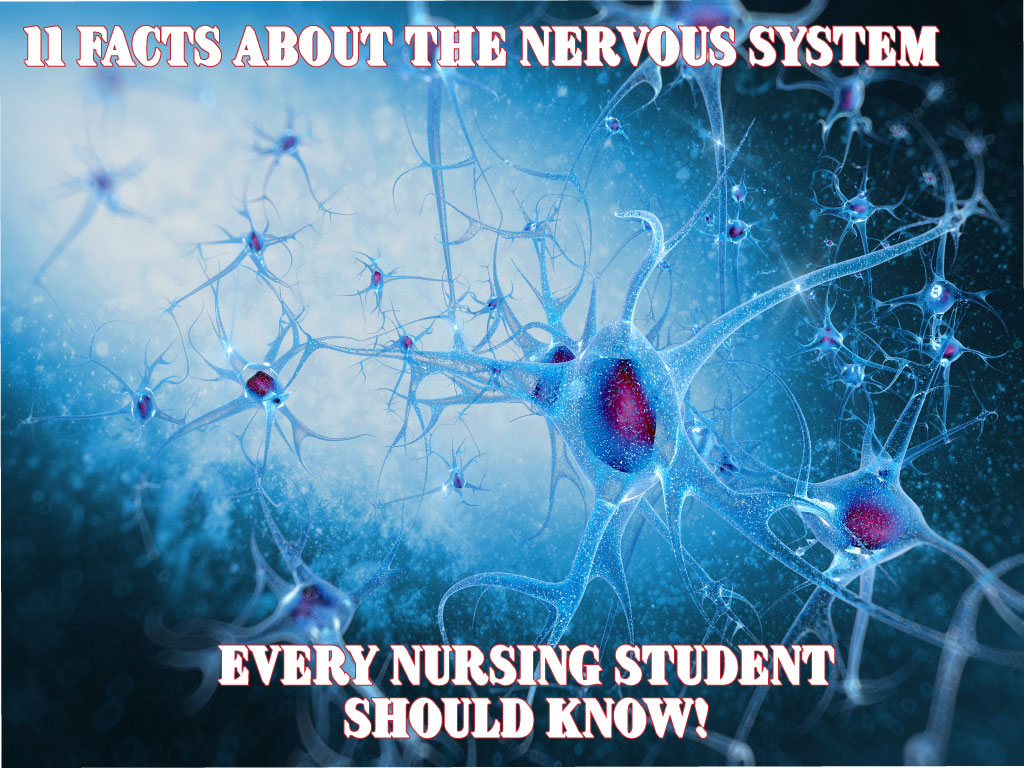 The nervous system is a very complex system which is vital to the functioning of the human body. It monitors the body and takes actions as necessary.

Moreover, the nervous system is responsible for conscious and unconscious muscle coactions, and for the regulation of activities involving internal organs. It also consists of structures that transmit electrical and chemical signals between the brain and the body’s organs and tissues.

The nervous system contains two types of tissue. First, there are the neurons or nerve cells. Additionally, there are cells that support the neurons called the glial cells (neuroglia) and the Schwann cells.

The main function of a neuron is to receive information and transmit messages from one cell to another, throughout the body.

Neurons control all the functions of the nervous system. Moreover, neurons can be classified by their appearance, their structure or by their function.

Structurally, a neuron can be bipolar, multipolar and unipolar.

Functionally, neurons classified by the function are afferent and efferent neurons.

The glial cells (neuroglia) are specialized cells of the nervous tissue.

Fact #2 There are Three Components of a Nerve Cell.

The neurons of the nervous system detect environmental changes and initiate body responses to maintain homeostasis.

The neurons or nerve cells vary in their shape however, they all have three basic components; the cell body, the dendrites, and the axon. Also, each component of the neuron has a specific function.

The dendrites are the thin branch-like fibers of the cell.

Moreover, each axon is covered with a layer of lipid material containing segments called myelin. The myelin insulates the axon and assists with the proliferation of impulses. This entire membrane is the myelin sheath.

Additionally, the axon has gaps at regular intervals along the nerve fibers. The gaps are the nodes of Ranvier. The nerve impulse travels down the nerve fiber hopping from node to node. Therefore, this allows the impulse to travel faster.

A neuron is an excitable cell because they can generate and conduct an impulse to other parts of the cell. This occurs after the neuron has been stimulated. So, anytime a neuron generates a nerve impulse there is the generation of an action potential.

A cell in a resting state or polarized state is not stimulated. Therefore, this cell carries a negative charge.

However, there are enough negative ions inside the cell to make the inside more negative than the outside of the cell.

Therefore, when a stimulus occurs strong enough to change the membrane potential, an action potential is produced.

Remember an action potential is the change in the membrane potential and charge across a cell membrane.

So, when an action potential is initiated, the cell membrane becomes more permeable to sodium and the sodium gates open.

Then, this allows sodium ions to move across the cell membrane into the cell. These sodium ions are positively charged.

When these positively charged sodium ions enter into the cell, it becomes more positive. Therefore, there is a change in the charge of the cell from negative to positive. This change is depolarization.

Next, the sodium ion gates close and the gates for the potassium ions open. Potassium is also positive. So, these positively charged potassium ions leave the cell and take their positive charge with them.

Fact #4 Communication Between Neurons Occur At The Synapse.

Neurons communicate by transmitting impulses to each other. The area between two neurons is the synapse. The synapse is the location at which nerve impulses are transmitted from one neuron to another.

Also, impulses transmit from one neuron to a muscle or a gland. The structure of the synapse includes a presynaptic terminal, a postsynaptic cell, a synaptic cleft, and a receptor.

Fact #5 Neurotransmitters are the Chemical Messengers.

Calcium ions cause these vesicles to release the neurotransmitters.

The central nervous system controls all the functions of the body. Also, this system responds to any changes inside and outside the body.

The brain is responsible for a person’s intelligence, personality, reasoning, and their mood. It also allows a person to interact with their environment. The components of the brain are the cerebrum, cerebellum, and brainstem.

The brain contains sections called lobes. The lobes of the brain have the name of the skull bones that cover them. These lobes occur in pairs. There is one in each hemisphere of the brain.

Additionally, behind the parietal lobes are the occipital lobes. As well as, the temporal lobes which are the most inferior lobes.

The cerebellum is posterior to the brainstem and plays an important role in sensory and motor coordination and also balance. Its surface is also convoluted like that of the cerebrum. From its appearance, the cerebellum has been known as the “little brain.”

The brainstem is a stalk-like structure that is below and partially covered by the cerebrum. The brainstem divides into three sections. These sections are the medulla oblongata, the pons, and the midbrain.

The medulla oblongata is continuous with the spinal cord. It is the lowest portion of the brainstem.

Finally, the midbrain is the most superior portion of the brainstem.

The reticular system is a network of nerve cell bodies in the brainstem. This system is essentially responsible for maintaining a wakeful state.

Also, this system is vital for maintaining awareness of your environment. Your reticular system is what wakes you up in the morning from your sleeping state. The reticular system also controls cardiovascular and respiratory function.

The spinal cord extends from the medulla oblongata down the length of the vertebral column. It allows nerve impulses to travel to and from the brain. Also, the spinal cord controls many reflexes of the body.

There are 31 pairs of spinal nerves that arise from the spinal cord. Each segment of the spinal cord contains the name of the corresponding vertebrae.

Likewise, each spinal nerve contains the names of the corresponding vertebrae. The spinal nerves include eight cervical, twelve thoracic, five lumbar, five sacral, and one coccygeal.

The actual spinal cord ends at around the second lumbar vertebrae. The end of the spinal cord tapers into a cone-shaped area called the conus medullaris.

Then, the spinal nerves continue from the end of the spinal cord and form a bundle of nerve roots called the cauda equina.

Finally, a filament of the pia mater that surrounds the brain and spinal cord continues to the coccyx and anchors the spinal cord there. This filament is called the filum terminale

Fact #7 The Meninges Protect the Brain and Spinal Cord.

The meninges are a group of three protective membranes that surrounds the brain and spinal cord. These three membranes are the dura mater, the arachnoid (mater), and the pia mater.

The dura mater is the thick tissue that lines the inside of the skull. This layer is the outermost layer that covers the brain.

The arachnoid is a delicate middle layer that follows the same contours as the dura mater. This layer resembles a spider web. The arachnoid is comprised of elastic fibers and collagen.

Also, between the arachnoid and the pia mater is the subarachnoid space.

The subdural space is between the dura mater and the arachnoid mater. This layer can be open due to trauma, sometimes causing a subdural hematoma.

The pia mater is the innermost layer. So, this layer covers the surface of the brain and spinal cord.

The pia mater is thin and very closely covers the contour of the brain. The pia mater contains blood vessels that supply the brain and spinal cord.

Fact #8 The Brain and Spinal Cord Float in Cerebrospinal Fluid.

It also carries nutrients as it moves back and forth between the cranial cavity and the spinal cavity. The cerebrospinal fluid is produced by the choroid plexus within structures of the brain called ventricles.

There are four ventricles in the brain.

There are 12 pairs of cranial nerves that receive information from the head and neck.

Also, it contains sensory receptors which receive information such as pain, touch, and temperature.

Additionally, it contains the motor nerve endings which cause the muscle and organs to respond.

Somatic sensation allows you to feel the world around you. These sensations include fine touch, crude touch, vibration, pain, temperature, and body position.

The autonomic nervous system regulates cardiac muscle, smooth muscle, and the glands of the body. This system is an involuntary system because these functions are not under conscious control.

Fact #11 The Autonomic Nervous System is Divided into the Sympathetic and Parasympathetic Branches.

The autonomic nervous system divides into two branches; the parasympathetic and the sympathetic. These branches supply the same systems but just have opposite effects.

Conversely, the sympathetic branch is the body’s alert system commonly known as the “fight or flight” response. This system responds to stress and prepares the body to defend itself.

The sympathetic branch of the autonomic nervous system controls the fight-or-flight response.

When the body is in danger the effects of the sympathetic nervous system increase the heart rate, increase blood pressure, decrease digestion, and causes sweating and a dry mouth.

The response of the sympathetic nervous system also causes the pupils to dilate.

So, the parasympathetic branch is responsible for the conservation and restoration of energy stores.

It also helps the body return back to normal from a sympathetic response.

The nervous system is a wondrous network of complex structures that facilitate the operations of other systems of the body.

This article contains 11 Facts About the Nervous System Every Nursing Student Should Know that will help you understand a bit more about the structures and functions of the nervous system.

Medical Terminology of the Nervous System

Assessment of the Cranial Nerves